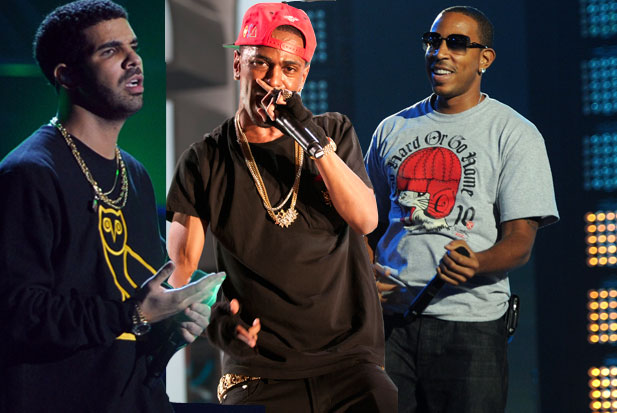 Another day, Another beef.

If you’ve been on Twitter, or online in general, you’ve seen the posts about the ‘beef’ going on between Ludacris, Big Sean, & Drake. The ATL rapper is upset due to comments made by Big Sean stating he invented the “Supa Dupa Flow”. Drake followed suit with Sean, stating he traces the use of the flow back to the G.O.O.D Music artist in an interview with All Hip Hop. Though Drake has minimal interest in using the “Supa Dupa Flow” anymore, Ludacris decided to fire back at both of them with two tracks entitled “History Lesson” & “Bada Boom”.

In this post, I am going to disregard “Bada Boom” because I feel Luda took Drake’s use of the “Macy’s” line as a sub-par example of the flow personally. However, I do applaud Ludacris for his use of supporting evidence in “History Lesson” because if he released “Bada Boom” on it’s own, he wouldn’t have as much of a valid point as he does in my opinion. Listening to “History Lesson” allows for listeners to hear examples of the “Supa Dupa Flow” being used by past artists, such as Method Man, Q-Tip, and Luda himself.

At times, what hip-hop artists, as well as fans can forget, is a good percentage anything “new” these artists are attempting to do, has been done before. Though Big Sean specified his quote was in regards to present day hip-hop in an interview yesterday at KUBE 93, doesn’t mean it’s okay for other artists to swoop in and claim credit from artists who are less active in the game. I believe there’s nothing wrong with wanting to resurrect an element of hip-hop. T-Pain did it with auto-tune and Chris & Tyga did it with Snapbacks. It’s not enough to claim inspiration from the past greats such as Big, Pac, Q-Tip or Nas. Learning the history and knowing their flows are important as well, so comments like these are better constructed.

As imperative as it is for journalists to fact check, the idea applies to other areas of our lives. Speaking without checking the facts can put us in a dangerous position. I have love for both Drake & Big Sean, but I believe they were in the wrong on this one even if Sean’s quote is a year old. So, because of his use of evidence, Ludacris has my vote.

Disclaimer: The views expressed in this post are my own are not the opinions of any of the publications I write for.